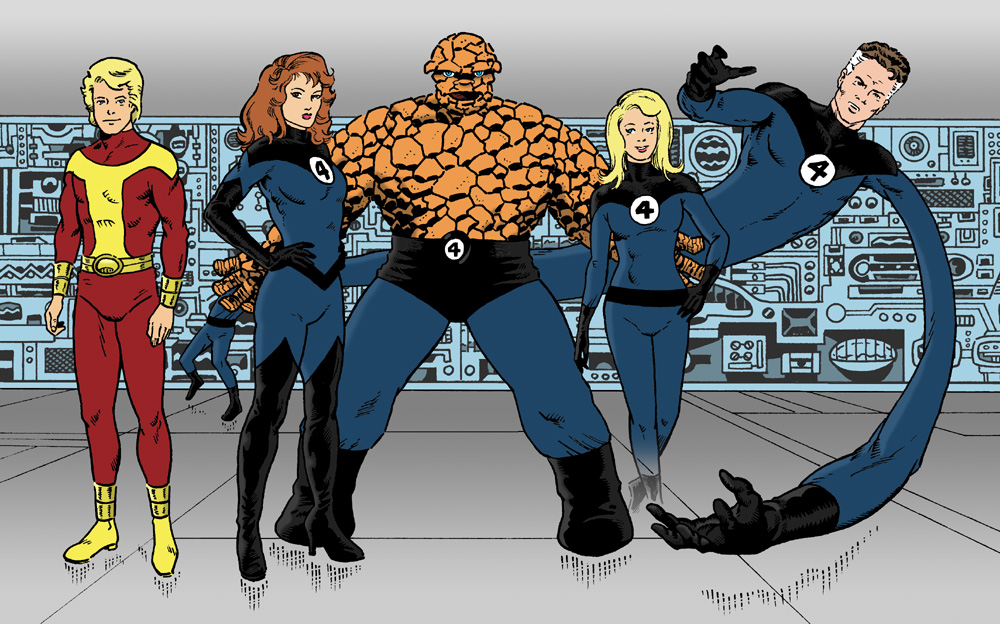 Three years after the last stories set in the Original Marvel Universe, the Fantastic Four celebrated the 17th anniversary of the spaceflight that granted them their superhuman powers. After mastering the ability to change at will between his human and rocky forms, Ben Grimm married his girlfriend Sharon, who remained an alternate member of the team using the codename Ms. Marvel. She often substituted for Susan Richards, now 39, or Reed Richards, nearly 56, so they could spend more time with their 14-year-old son Franklin. Though born 53 years earlier, Ben maintained the physique of a man in his mid-thirties, owing to the fact that he did not age appreciably while in his “Thing” form, and after a rough few years in the early ’70s, he was now a happy and contented man. Johnny Storm, now 33, had just returned to the team following a leave of absence and a brief stint with the Avengers, hence his individualized costume. In deference to his android namesake, the original Human Torch, who had recently become active again, Johnny shortened his own codename to “The Torch.” He and his wife, Alicia, had a one-year-old daughter, and Johnny’s decision to resume his superhero career put an additional strain on their marriage.
Posted by Tony Lewis at 10:13 PM